Under the headline “Litaniæ Mortuorum Discordantes” Anemone Tube and Post Scriptvm present a collaborative album with a truly unique concept: Originally applied to a particular style of ancient ritual music, in the Classical era the term Litaniæ Mortuorum Discordantes attained a negative connotation and was used to criticize those compositions – which, instead of instilling listeners with the desired pious euphoria, incriminated them with a sense of dread, existential anxiety, feelings of
death and decay. Finding this aesthetic choice to be most appropriate for the present era, the two post-industrial projects attempted to create their own “Discordant Death Litanies” for the XXI century.

The idea is culled from a semi-fictional biography of Johann Sebastian Bach, written by a 19th century Russian author. In the chapter describing Bach‘s childhood and early education, his older brother – who was also his music teacher and mentor – dissuades him from composing those “Litaniæ Mortuorum Discordantes” as they dangerously steer the Christian liturgy into a “wrong” direction of primordial chaos. In reality Bach never dealt with such dark notions, but created the most versatile and accomplished musical glorifications of the Christian god ever composed.

Yet tempted by the imagination of real “Litaniæ Mortuorum Discordantes”, Anemone Tube and Post Scriptvm stage a linear, gradually unfolding “oratorio” which begins with layers of lush brass synths resounding a time and place enveloped in ancient mythical beauty. The pristine serenity, however, slowly deteriorates through the influx of anguish, social decay and profanity. Raw field recordings, throbbing electronics, metallic tremors, distant voices and chants portrait a life of numbness and confusion, where man – tormented by ignorance, ignoble desires and anger – has become a plaything of insane “Weltanschauungen” and the commercialization plague. In a world where spirituality is reduced to rituals of sadness, the prophetic – and confirmed – certitude that the end of civilization is close at hand prevails.

Myth and the Relation to the World
Recueillement (Sa Propre Mort)
Irruption of the Whore
Composed, recorded, edited and mixed by Anemone Tube 2013–2016, with field recordings made in Kyoto, Nanjing and Shanghai, 2007/2009 and synthesizer. Gong sounds and additional samples on Irruption of the Whore by Post Scriptvm, 2013. For Ola. 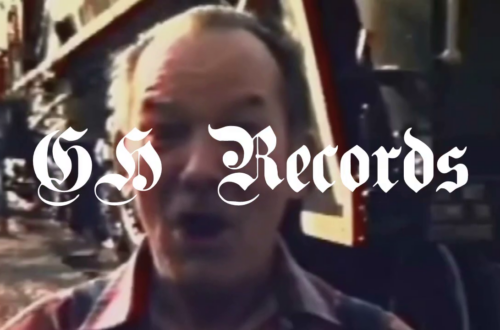 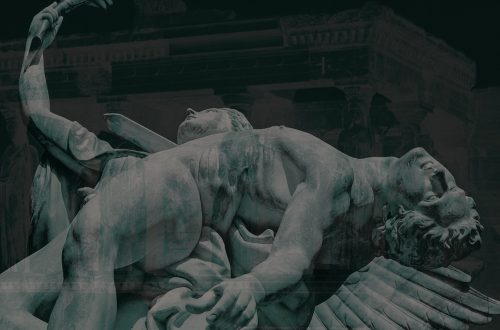